CHECK OUT THE RESOURCES SECTION HERE

Here you’ll enjoy privileged in fact to meet my merry Rolodex of change makers, thought leaders , daring disrupters and quiet innovators. And we spotlight what’s successful on the fringes. Crush bad ideas , baffling complexity unworkable solutions and sclerotic mindset in the mainstream. Give the megaphone to the Physicians, troublemakers and entrepreneurs shaking up our very very messy system.
Visit Podcast Website 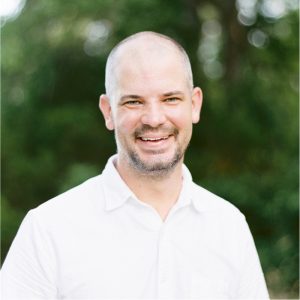 In this episode Ron chats with Andy Schoonover, Founder & CEO of CrowdHealth. Here, he discusses what inspired him to start CrowdHealth, a new way to pay for healthcare with no premiums, no copays, no deductibles. Just one monthly total to get you access to everything they offer their community. The community is paid for by month contributions to the community that are then used to fund the community’s healthcare bills. He also does a deep dive into how CrowdHealth works, the importance of it being straightforward and easy for the patient to use, and more.

After graduating from the University of Virginia, Andy started his career at Host Marriott Corporation (now Host Hotels & Resorts, NYSE: HST) in the Acquisition and Development group and completed transactions valued at approximately $1.5 billion. He then moved to Silicon Valley to attend Stanford Business School where he got that entrepreneurial itch. As his friends headed off to Google, Facebook, and other high flying tech companies after graduation, Andy and Chris Hendriksen, his business school roommate purchased Valued Relationships, Inc (VRI) , a remote patient monitoring company in Dayton, Ohio. Andy became CEO and served in that role for five years. After a fourfold growth in revenues, the majority of VRI was sold to Pamlico Capital in 2014. VRI investors received a gross return of approximately 9x their investment. In 2o21 Andy founded CrowdHealth, a community powered alternative to insurance on a mission alleviate the burdens associated with huge healthcare costs. Today Andy lives in Austin, Texas with his wife Stephanie where they are devoted parents to their daughter Grace’s legacy, younger daughters Ava and Caroline, and their pup, Butler.

Episode #151 – CrowdHealth is GoFundMe Meets Uber 2 Way Ratings for Healthcare – A Next Gen Way to Pay. Meet Andy Schoonover – It’s Visionary Founder.
Ron Barshop
Episode #150 – These Ten Lies in Healthcare are Really the Ten Opportunities. Here is Who and What is Being Fixed on the Fringes in 2022 in Primary Care and by Extension, Healthcare with Ron Barshop, Host of the Show.
Ron Barshop
Episode # 149 – Omar Matuk-Villazon Launched the First DPC Clinic Inside a Medical School for the 40% of People Underinsured in the Neighborhood. Rounding in Direct Primary Care – Never Easier.
Ron Barshop
Episode # 148 – Darshan Kulkarni Has a Lot to Say About Pharmacy Trends —In Burnout, Bigs Playing Unfairly, and How PharmDs Work Closely with a PCP. DarshanTalks is a Highly Regarded Podcast and Source for the Pharmacist.
Ron Barshop
Episode # 147 – What is the Ultimate Business model that Can Deliver Free Healthcare to Every Consumer by Offering Friction Free Transactions? Ask Peter Cranstone. He Explains it all here.
Ron Barshop
Episode # 146 – Employers Save 30-60% Using Texas Medical Management for Surgery and More. The Surgeon Makes 2 to 4x the Norm. The Consumer Gets the Finest Docs and Quickly. Who Wins? Everyone! Meet Sean Kelley, it’s Founder & Managing Partner.
Ron Barshop
Episode # 145 – Type 2 Diabetes is Reversible. Virta Health is Eliminating or Reducing Insulin for 93% of Patients in the Largest & Longest Study of its Kind. Adopted by 200 Large Plans and Growing Fast. Dr. Frank Dumont, Virta Health’s Commercial Medical Director, Lays it Out.
Ron Barshop
Episode # 144 – Stacey Richter Arranges Collaborations with Pharmacy, Pharma, Digital health, Health System and Professional Society Clients Through Aventria Health Group and Has an Award-Winning Podcast, “Relentless Health Value” to Sort it All Out.
Ron Barshop
Episode # 143 – Advanced World Class Primary Care That’s Free to Members Heavily Populated with Risk. At Half the Cost it Should Be. It Encompasses Mental/Physical/Spiritual health for 65,000 Native Americans, All Owner Members. We are talking Southcentral Foundation’s Nuka System of Care. Meet Dr. Steve Tierney to Learn a Fresh Approach to Primary Care.
Ron Barshop
Episode # 142 – How to Move Physicians From Volume to Value Centric Care? Ask Dr. Bill Wulf, Who Chairs America’s Physician Group Representing 190,000 Docs and 45 Million Patients and Agilent Health in Central Ohio.
Ron Barshop
Search Results placeholder
[wp_rss_retriever url="https://www.primarycarecures.com/feed/podcast/" items="10" excerpt="50" read_more="true" credits="true" new_window="true" thumbnail="200" cache="7200"]